Property accidents can happen anywhere: in retail stores, hotels, restaurants and swimming pools, and on private property. These accidents can also look very different depending on the specific circumstances. Some accidents occur when a person slips on spilled liquid in a convenience store. Others happen when merchandise falls off a shelf in a retail shop. There are also swimming pool drownings and dog bites at a neighbor’s house.

Regardless of the unique factors in your matter, if you were injured on someone else’s property, you may be able to bring a legal claim for compensation. However, the laws surrounding premises liability cases are very nuanced. Specific evidence is needed to prove that the property owner needlessly endangered you. This can be done by showing the owner knew about the hazard and did nothing to fix it in a timely manner, or that he or she should have known about the hazard. Making the case for this is not easy. That is why it is essential to work with an experienced personal injury lawyer.

At Chester Law Group Co. LPA, we represent property accident victims throughout Ohio. We have 20 office locations statewide, including our headquarters in Akron. Mr. Chester is highly respected throughout these local and legal communities for his genuine concern to do what is right and just.

When you meet with our firm for a free consultation, we will give you an honest assessment as to the merits of your case. If we believe you have a claim, we will help you understand all available options for moving forward. As your legal counsel, we will educate you at each step of the process, ensuring that you make the best decisions for your specific circumstances.

Who’s at fault for slipping on ice?

Winters in Ohio are brutal. They are full of ice and snow. This is just how it is and Ohio law reflects the inherent dangers we all accept each winter by living in Ohio. Many Ohioans are seriously injured when they slip and fall on ice or snow outside their apartments or at a local…

What is “premises liability” and how does it affect my Ohio serious injury case?

Premises liability law is the body of law which makes the person or company who owns land or premises responsible for certain injuries that are suffered by persons who are visiting or occupying the premises. This may include accidents such as slip and falls in grocery stores and even crimes caused by insufficient security. This…

Hurt in an Ohio Slip and Fall Accident?

Slip and fall accidents are responsible for thousands of serious injuries and even deaths. These accidents can occur in a variety of settings, including: Shopping malls Grocery stores Hotels and motels Banks, post offices and other places of business Libraries, parks, and other public facilities Parking lots, sidewalks and walkways Injuries from slip and fall…

Tips On Hiring A Lawyer For Your Case

Why You Need A Lawyer

Your Rights Against The Insurance Company

The information attorney Chester provided and the timely manner in which I received it truly made a difference. 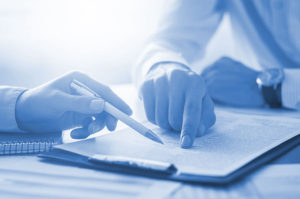 Read more about our Liability experience

Do You Have A Case? Contact Us To Learn More.

After a property accident, you probably have concerns about paying your medical bills and how to make up for lost wages if you cannot work. Our goal is to help you secure the rightful compensation you deserve.
When you are ready to learn more, contact our firm at 800-218-4243 to arrange a meeting with one of our premises liability attorneys.

Free Consultations | No Fees If We Do Not Win Your Case